When a city plans to reduce its CO2-emissions, it has to target energy production. Berlin’s new combined heat and power plant – with great fuel efficiency, a capability to switch quickly between full and partial loads, and a potential use of hydrogen – makes such an important step towards a decarbonized future.

Energy Stories: Your monthly dose of what's up in the energy transition

Berlin is not just a hip city, it’s ambitious too. By 2050 it intends to be CO2-free. To achieve that goal, one key step it took was to negotiate an ambitious agreement with its main power supplier, Vattenfall, a leading European Energy Company owned by the Swedish government. The company committed to halve its CO2 emissions in the German capital compared to 1990 by 2020. And it delivered: Thanks to closing a lignite-fired Combined Heat and Power (CHP) plant; modernizing other power plants; and increasing the share of low-carbon energy sources such as natural gas and biomass, the goal was not just achieved but exceeded. Vattenfall reduced its CO2-emissions from 13.4 million tons to less than 6 million tons.

“Together with Berlin, we first commissioned a feasibility study, which concluded that phasing out coal could be done by 2030.”

Tanja Wielgoß, Chairwoman of the Board at Vattenfall Wärme Berlin AG

Obviously, if a city intends to become carbon-neutral, that’s not enough. Today, one key focus for Berlin is to phase out its reliance on coal. To achieve that, Berlin and Vattenfall teamed up again. “Together, we first commissioned a feasibility study, which concluded that phasing out coal could be done for Berlin by 2030”, says Tanja Wielgoß, Chairwoman of the Board at Vattenfall Wärme Berlin AG. “We also saw that Vattenfall could cut down its yearly footprint by an additional two million tons CO2 by 2030. To achieve this, building a new, highly efficient CHP plant in Berlin-Marzahn would be key, supported by financial incentives granted by the federal government. And for this project we chose Siemens Energy as general contractor.”

Today, the gas-fired CHP plant in Marzahn is arguably Europe’s most modern. It went into commercial operation in June 2020 and shows a way for cities to manage their transition away from fossil fuels towards a decarbonized future. The plant produces electricity for up to approximately one million people with the help of a proven and reliable gas turbine with low capital costs and long-term advantages for maintenance and repair. The turbine’s waste heat is being fed into a heat recovery steam generator. The water evaporating there is then being fed into a steam turbine, which in turn produces additional electricity.  Overall, this results in a maximum  electrical power output of around 273 MW for the plant.

But it is not so much the amount of electricity – while excellent – that stands out. It’s the plant’s flexibility. It can compensate for fluctuations in the output of wind and solar power within minutes, thus helping to make renewable energies suitable for base load. It does so by being very flexible with short start-up and shut-down times and its ability to switch quickly between full and low partial loads. The electrical output can be increased by at least 8 MW within one minute, not much unlike a car’s turbo engine. And if the opportunity arises, this also allows Vattenfall to take advantage of  attractive electricity prices.

The principle of
Combined Heat and Power
(CHP) generation 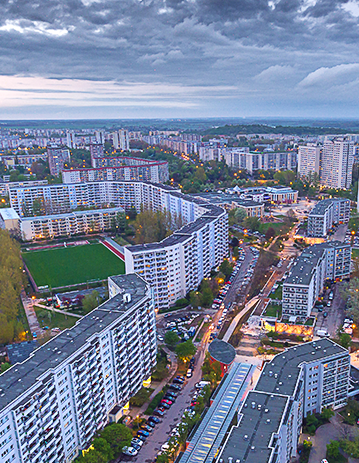 In conjunction with the likewise gas-fired plant in Klingenberg, it will form the backbone of the district heating supply in the eastern part of Berlin with a total of 450,000 households. 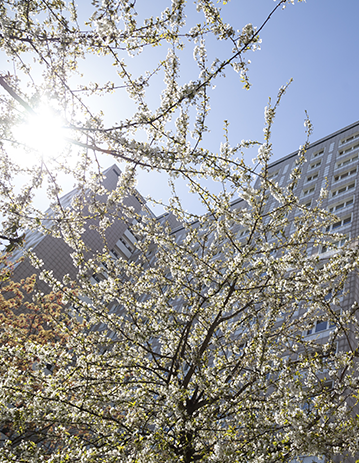 Vattenfall and the federal state of Berlin are both pursuing ambitious climate goals. The company committed to halve its CO₂ emissions in the German capital compared to 1990 by 2020.

They already fulfilled their agreement by reducing CO₂-emissions from 13.4 million tons to less than 6 million tons. 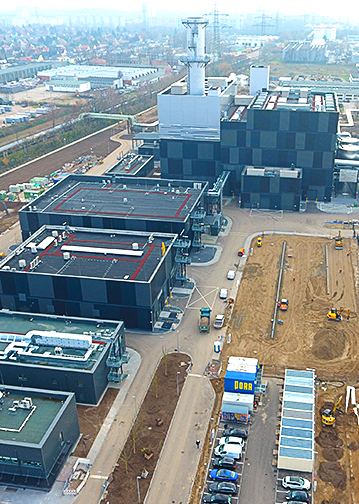 Berlin-Marzahn is highly flexible and can quickly switch between full and partial loads. This enables it to balance fluctuations, which repeatedly occur when feeding renewable energy into the electricity grid, and reliably secure the needs of urban heating customers. 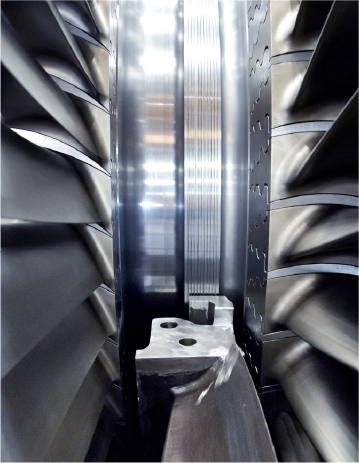 The principle of Combined Heat and Power (CHP) generation

Berlin-Marzahn is a modern Combined Heat and Power plant.

The waste heat of the gas turbine is initally used to fuel an additional steam turbine to produce additional power. The remaining heat is then utilized for district heating. 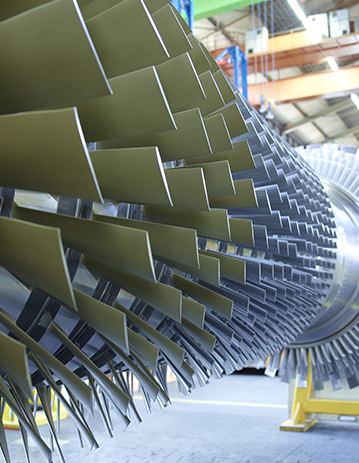 Berlin-Marzahn is highly efficient, with a maximum fuel efficiency of 92% through combined heat and power.

The plant has installed capacity of 260 MW of electricity and 230 MW of heat.

Where the electricity production ends cogeneration starts; part of the steam from the steam turbine is used to heat up water for the district heating grid. The Marzahn plant produces – with a thermal output of around 232 MW – district heating for approximately 150.000 households in eastern Berlin. It does so only for the eastern part of the city, by the way, as underground the city continues to be divided even long after the fall of the Berlin wall: Former East Berlin uses a two-pipe system for district heating, while former West Berlin has a three-pipe system.

The result of cogeneration is impressive: The plant achieves a maximum fuel efficiency of 92 percent, much better than a separate production of steam and electricity ever could. It also further reduces the CO2-emissions in Berlin and today shows Marzahn to be one of the most flexible CHP plants worldwide.

Various specifications by Vattenfall and the plant’s location shaped Siemens Energy’s design in important ways. The most obvious being that Marzahn had to be not just a gas-fired CHP plant, but highly flexible with low CO2 emissions. The power plant can be operated on a heat-controlled basis but also on an electrical power-controlled basis, making the operation of the plant very flexible. For example, in summer it’s important to be able to run the power plant at low partial load without stopping production. After all, heat is also needed on warm days - most people want to take a warm shower any day of the year.

Finally, there was the construction site itself: It is located in an urban environment, as most CHP plants often are, close to its district heat customers – just like industry’s CHP plants usually are close to production sites. “In Marzahn this meant constructing the plant on a rather small site of a former waste incineration plant”, says Joachim Metzner, Siemens Energy’s General Project Manager for the Marzahn plant. “But we managed. And when we handed the plant over to Vattenfall in May 2020 – it had already successfully passed the performance tests and the trial run and it had been working better than even we guaranteed.”

But the beginning is not the end. The plant is designed to run for at least 40 years. During this time the plant should be modified. If the burners are converted accordingly, the gas turbine can be fired with hydrogen at up to 40 percent by volume. Tests for this purpose have already been carried out at the Siemens Energy’s Clean Energy Center in Ludwigsfelde. Vattenfall is also working on gaining more experience in operating its CHP plants with hydrogen and natural gas mixtures. “We are currently in the discovery phase”, says Wielgoß. “Everybody is doing research on hydrogen; but biogases, synthetic gases, etc. are also of interest to us. Either way, I am sure that we will have solutions allowing us to achieve our ambitious emissions goals – just as we have done so far.”

Hubertus Breuer is an independent journalist specializing on technology reporting. He lives and works in Munich, Germany.

Subscribe to our monthly newsletter Energy Stories to catch up on trends and technologies that are shaping the energy transition.

Honestly, we can’t do it alone

Honestly, we can’t do it alone

No one can combat climate change alone. We can’t reduce CO₂ emissions by working in silos. Decarbonization demands partnerships between all parties.

Industrial Applications is the innovative, agile, and pivotal partner industrial companies can rely on to make sustainable and reliable energy supply a reality.

Hydrogen empowers the energy transition. And Siemens Energy has extensive knowledge in working with it.